Gurisan Sedie stands for passionate, gifted craftsmanship handed down
from one generation to the next.

Gurisan Sedie can lay claim to consolidated experience and solid traditions that have been handed down from generation to generation for more than a century. Gurisan Sedie specializes in the manufacture of high-quality handcrafted Country and Old West-style chairs and stools, rigorously inspected, and checked at every stage of the production process. 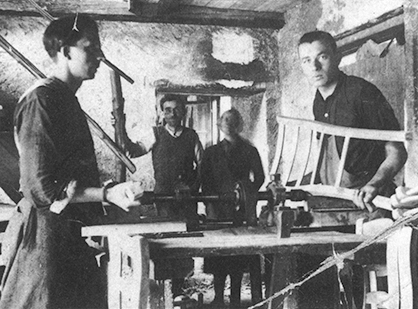 The origin of Gurisan Sedie is closely bound up with that of the Triangolo della Sedia (literally the 'triangle of the chair') in Italy's Friuli region. Pioneering chairmakers in Italy's Friuli region, the Fornasarig brothers, originally came from the Gorizia area in 1878. Like so many other craftsmen [of the time] from that area, they moved to the municipality of Manzano, which had then only recently joined the Kingdom of Italy because of the imposition of customs duties and barriers in 1866 by the Austro-Hungarian Empire. Thus were laid the very first foundations of the Triangolo della Sedia, which encompasses the Municipalities of Manzano, San Giovanni al Natisone and Corno di Rosazzo. Initially, production was mainly of rustic chairs and several models inspired by Thonet. But after that, the manufacture of simple everyday chairs enabled the district to expand and grow ever larger. In the 1960s, Italy's economic boom saw a major surge in investment and the drive towards industrialized production. But it was only during the 1980s that the Triangolo Della Sedia area's production capacity truly took off. Here about 70% of the chairs were produced for the Italian market and 30% for the international market. Buyers from American, French and German international groups were attracted by the small, industrious businesses that offered products of excellent quality. It is against this background that Gurisan Sedie – manufacturing products based on its expertise and solid traditions handed down from generation to generation for more than a hundred years – really came into its own. 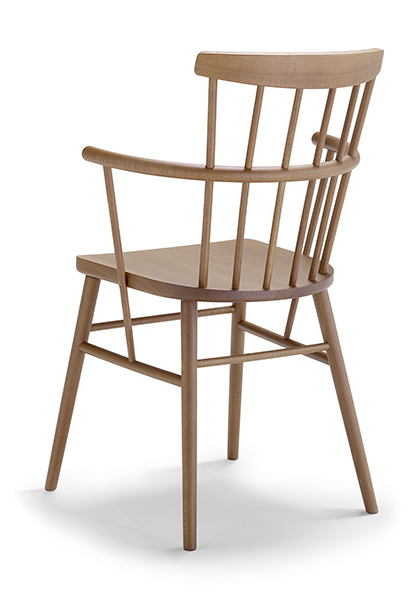 All of Gurisan Sedie models can lay claim to being made following a production cycle entirely within the Triangolo della Sedia – including the manufacture of each component, assembly, and painting (the latter of which is done in-house by the company). This means we can check quality at every stage each of the production process. The company currently specializes in the production of Country and Old West style chairs, designed in particular for contract use, but also very popular for home use because of their simplicity, functionality and aesthetic. The current range of chairs and stools we offer ranges from the classic brewery chair to the more contemporary retro-look Scandinavian style chair which makes the connection between tradition with modernity. Our consolidated technical skills and expertise acquired over many years in the sector mean we can offer Gurisan Sedia clients handcrafted products that are well suited to a wide range of requirements typical of a dynamic contemporary market with its constant demand for novelty. 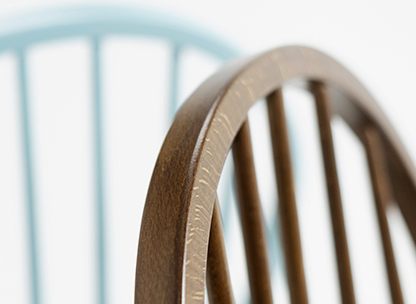 Gurisan Sedie's consolidated expertise and its flexible, agile production structure mean we can also consider the production of bespoke models at the specific request of the client. Our ability to take the fullest possible advantage of a vast range of RAL-coded wood stains and colours, not to mention our skill in replicating the sample colours suggested by our clients means we can customize the finish - even insmall quantitiy production runs - in such a way as to bring to fruition our ’clients’ wishes. One of our key strengths at Gurisan Sedie is our punctual delivery. Ensuring goods are delivered to the client at the agreed times and dates is one of our core values. You'll find that we at Gurisan Sedie are utterly reliable, competent, and professional and that we place prime importance in looking after our clients from initial quotation right through to delivery of the finished product, while continually[taking the time to listen to buyers and understand their requirements, and guiding them in choosing the best possible solution. 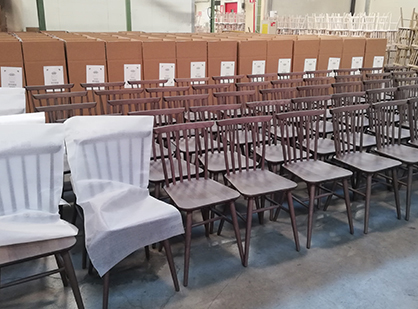